Scroll with your mouse or arrow keys to see more!

Okay
Julia Lescova was born in small town in Latvia. With her mother and older brother Maxim, Julia experienced a difficult upbringing that would influence her drive to succeed. Although modeling would be a natural progression for the Latvian beauty, she found a passion for dance and performing at an early age. Her mother enrolled her into a ballet school at the age of 5 and into musical school to play piano at the age of 7 where she excelled in both. She flourished at the arts for 7 years studying Latin American and ballroom dancing before taking an interest in modeling.

As a teenager, Julia knew she wanted to be a model and realized her dream when she was noticed by Latvia’s most prestigious modeling agency. Within a year, she was working consistently and could finally help to support her mother with her flourishing career. She landed her first cover for a national Latvian magazine at age 16. This was incredible exposure for the Latvian teenager.

At 17 she traveled to Milan which would take her career to the next level. Still in school and determined to graduate, Julia would travel back and forth from Milan to her home to finish her schooling. But she was up for the challenge and would complete in 3 weeks what other classmates were doing in twice the time. And in between she was traveling to all of the major cities where she worked with a laundry list of top designers. She was working in Milan, London, Paris, Istanbul, Athens, Honk Kong, Bangkok, Singapore, mostly staying in Milan. Through this time, Julia would work with Mariella Burani, Pierre Cardin, Antonio Berardi, Loewe, Giambatista Valli, La Perla, Michael Kors, Mark Jacobs, Victor & Rolf, Bvlgary, Pois, Valentino, Giorgio Armani, TOD’s and Vivienne Westwood to name a few. But she would continue to challenge and pushing herself as a professional and individual.

In december 2006, Julia was staying in Turkey and won the prestigious title of ‘Best Model in the World’. Here she also landed her first acting role in a popular television show in Turkey. And in 2009 Lescova made her first trip to Los Angeles for a direct booking job. There, she would fall in love with the city and would quickly consider it to be her home. Since moving to LA, Julia has worked on national campaigns like Guess and for various other top fashion brands and magazines. She is working in New York and Miami as well. She continues to reside in Los Angeles while developing her body skincare line and pursuing other passions in addition to modeling. 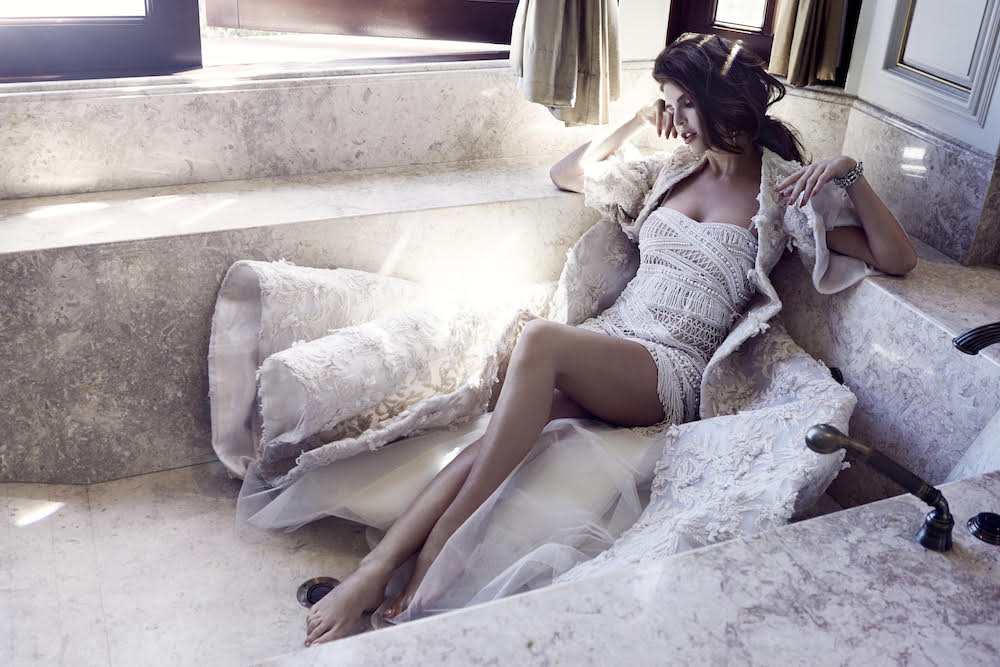